Voyage reports (VR) are available to the crew when they log into N-OC and also to normal N-OC users (depending on their user credentials).
Note:
The crew will only have access to Voyage reports for flights that they have flown. Crew Planners and operations staff may have access to VR for all flights.
Click on the Voyage Report icon.

Below you can see a step by step description of how to set up Voyage Report handling in N-OC:
Create a new User Group "Pilot Extra" as shown below. 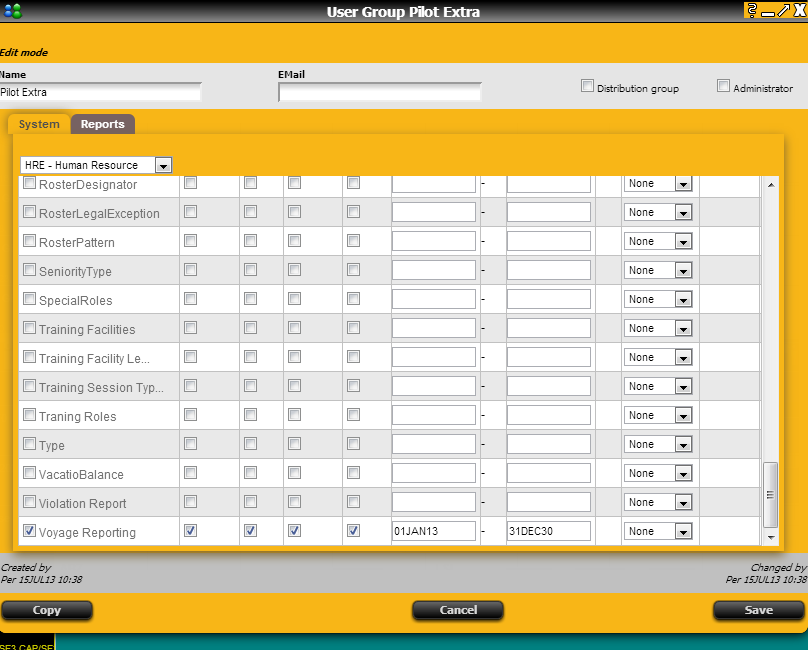 Add this User group to all cockpit crew user profiles (not cabin) that need access to Voyage Reports. 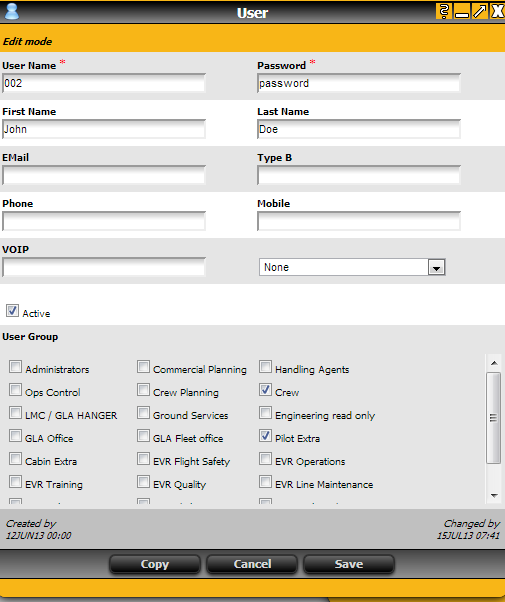 The various Voyage Report sections can be activated and deactivated under Editors > System > Setup.
If they are deactivated, then they will not be displayed when running Voyage report. 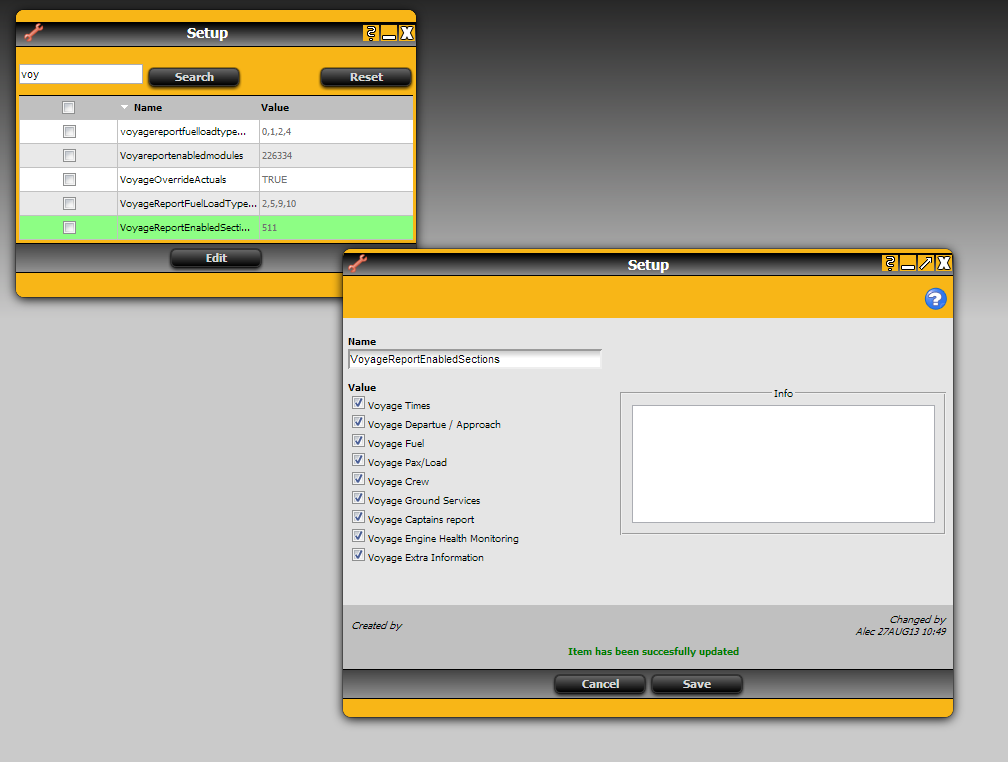 If the actual times, delay codes, and Load information entered in the Voyage Report should override the details already entered in N-OC, then select "VoyageOverrideActuals" = True. If not, select 'False' 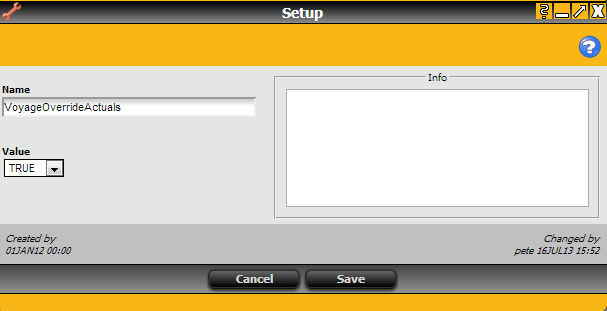 Here you can add or delete specific fields in the VR. 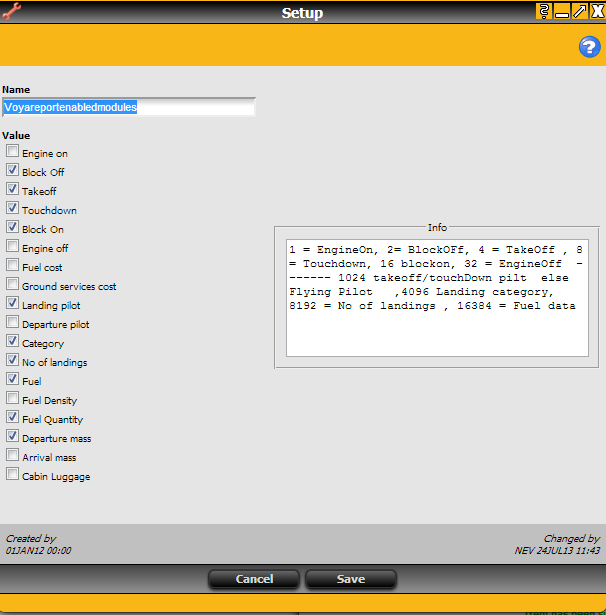 Here you can add or delete specific Fuel Load fields in the VR. 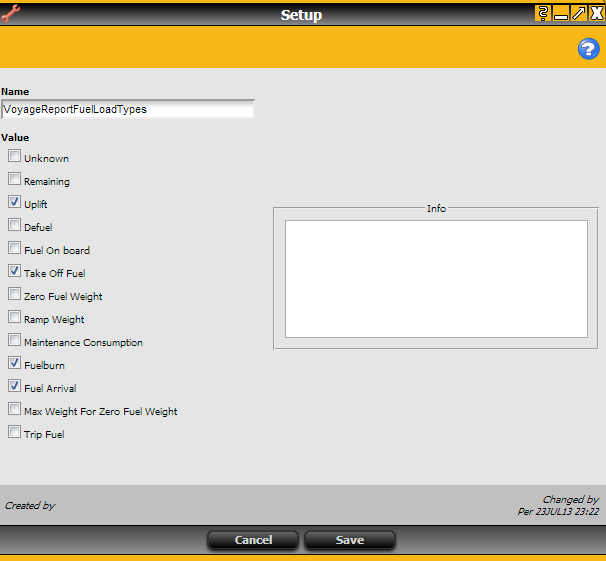 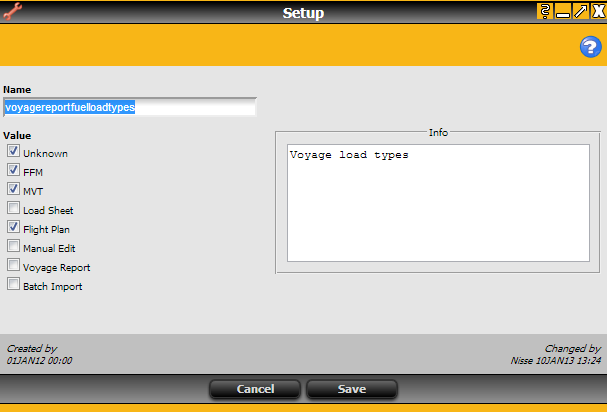 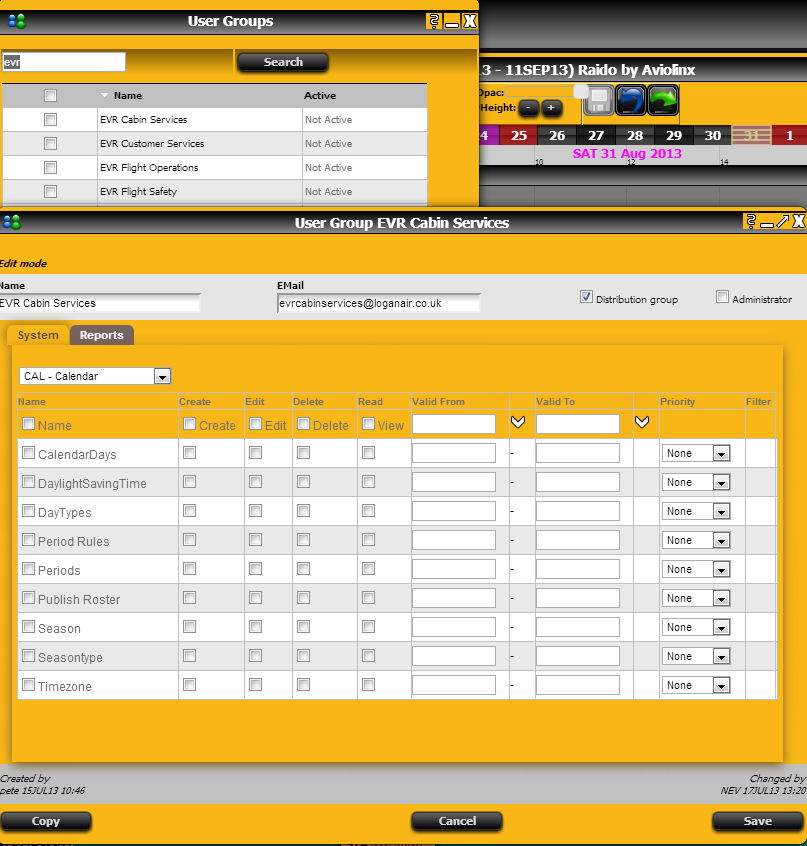 You can activate/deactivate the 'Captain's Report' settings under:  Setup "CrewCabinDistributionGroups" 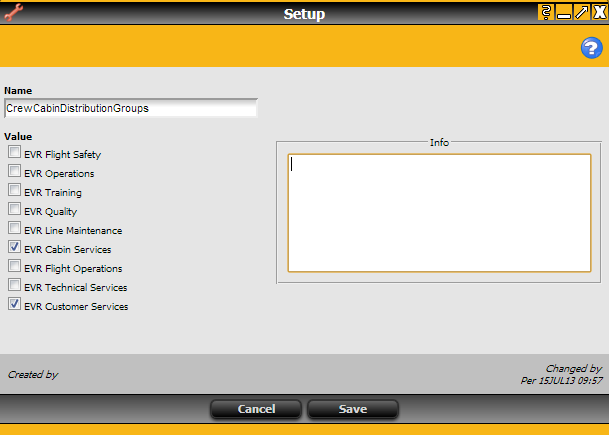